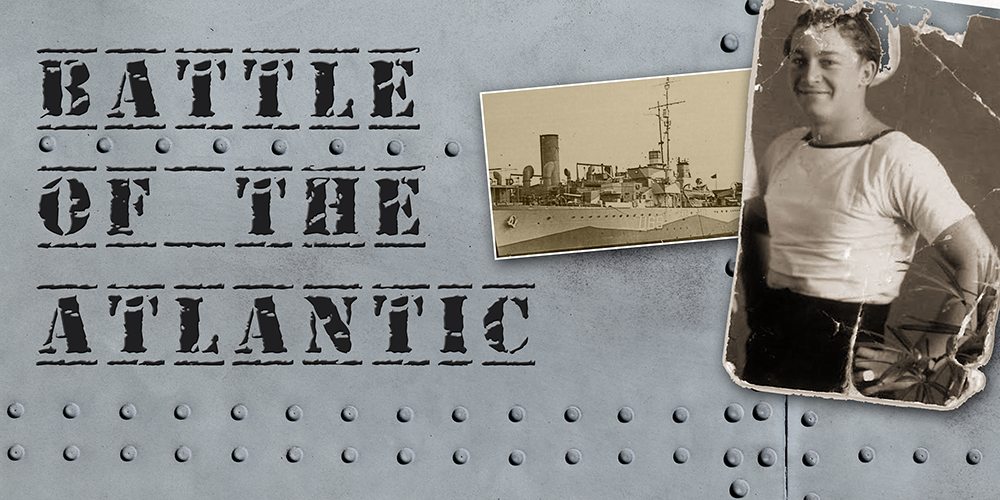 Battle of the Atlantic Film for HMS Wellington

What was it like for a sailor in the Battle of the Atlantic? Thousands of miles from shore, knowing that somewhere in the murky depths was an unseen enemy waiting to unleash their weapon and send you and your crew mates into the icy cold waters. This wasn’t a single event, this happened day after day, night after night and when your convoy finally made it to port, you’d turn the ship around and head back out into those deadly seaways. Why? Because Britain’s war effort depended entirely on the food, materials, weapons and men that were brought into the country via these convoys.

In 2013 we got the privilege to meet and interview a Battle of the Atlantic veteran. Peter Gibbs was only a lad when he joined HMS Wellington, a Royal Navy Sloop that escorted convoys during the war. Wellington is one of a handful of ships that survived the Second World War and has been preserved. Today she sits permanently moored on the River Thames opposite Temple Tube Station. She belongs to the Wellington Trust and is home to the Honorable Company of Master Mariners. To mark the 70th anniversary of the Battle, the trust commissioned a ten minute film to sit as a centre-piece of a new exhibition. We also made a series of videos to sit on their social media platform.

The film covered the history of Wellington and her role escorting convoys. Central to the storyline were the memoirs of Griff Williams, a Wellington Crew member and an interview with Peter Gibbs. As with all our video productions planning was crucial and when it came to Peter’s interview Rob White went to considerable lengths to research the subject. Rob is no stranger to interviewing people as he has questioned pretty much every prominent politician over the past twenty years, including Tony Blair. 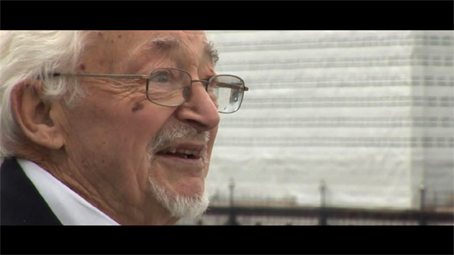 A still from the film. Peter Gibss on the deck of HMS Wellington

Video interviews are always best approached as a two man job, one camera ‘op’ and an interviewer. It was decided to shoot the interview with two cameras, one wide showing the subject seated with a model of the ship beside him and a second in tight to capture his expressions. We used the ship’s interior as a location. Before the interview we shot some cutaways with Peter walking around the vessel. It’s always important to grab as much footage as possible, as you never know when you’re going to use it within the video production. As it was, we used an unplanned shot of Peter walking along the deck for the final frame of the film.

We then set up the interview below decks. With Rob seated comfortably off screen but in Peters eye line we began. Peter is well advanced in age and Rob took a gentle approach to the questions he asked. With a video interview like this you need the subject to tell their story, in their own words. Your questions should be a prompt to assist their thought process.

The interview we captured was a great asset, although the film being ten minutes long meant we could only use a short amount in the final edit.

The exhibition was opened by HRH Duke of Edinburgh in May 2013. It was a great honor to show the film to the Duke, himself a Royal Navy veteran. The exhibition ran through the summer and then toured various locations around the country.