Working alongside Maritime Films UK we were commissioned to make three short documentaries for different exhibitions.

HMS Wellington – The Good Shepherd from Copia Productions on Vimeo.

This documentary showcased the history of HMS Wellington and her service during the Battle of the Atlantic. Prince Philip The Duke of Edinburgh was given a private screening when he opened the exhibition in 2013.

Get Me There and Bring Me Back.

Get Me There and Bring Me Back from Copia Productions on Vimeo.

This was the centre piece of the Hospital and Troop Ship Exhibition which opened in 2014. Production involved interviews with several notable historians alongside dramatic recreations. The film was presented by Sue Saville (ITN News) and shot on location in Southampton, Liverpool and London.

Surviving the Savage Sea from Copia Productions on Vimeo.

This film was made for the Abandon ship! exhibition which was opened in 2017.

Prince Philip with Wellington Veteran Peter Gibbs at the opening of the exhibition.

She is now moored on the River Thames and serves as the headquarters ship of the Honourable Company of Master Mariners, a floating museum and a library. 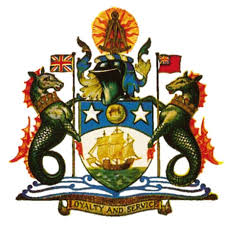